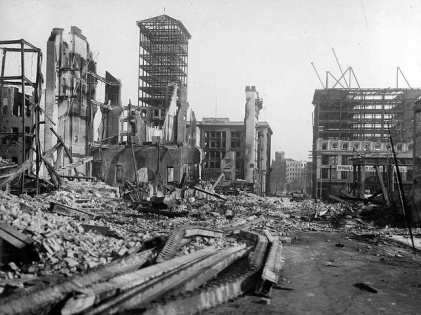 But there is another kind of shaky ground, and that’s the sort that sometimes crops up when you’re writing, especially if you’re the “Let’s see where the story takes us” sort of author. Which I am.

Over the past couple of nights’ work, I’ve reached a point in The Beauty of Bucharest where things can either get really exciting and go in a great direction or will require me to go back a couple of chapters and rewrite everything from that point forward. 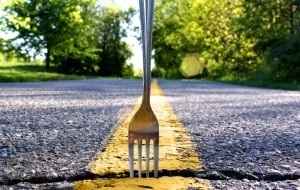 I suppose I could stress over this and get mad at myself for not being more of a “plan everything in minute detail” sort of writer. But I’ve been doing this long enough now to know that the potential reward way outweighs the potential risk. Having to rebuild a collapsed framework is no fun… just ask those folks from 1906 San Francisco photo. But what if it doesn’t all come tumbling down? More often than not when I come to these perilous forks in the road and commit to the iffy path the result is very gratifying. (I almost wrote “astounding” but my humble gland would not permit.)

I should know within the next chapter or so if I’ve stumbled or if it’s full steam ahead. Either way, I’m having a ball working on this book, and I hope you all will have as much fun when it comes time to read it!