Three. A number that throughout the ages has been imbued with symbolic and magical importance. To wit:

And that’s just in the Christian and the carbohydrates traditions. Here are a few others:

I think I’ve made my point. Three is a pretty big deal.

It’s a big deal in the world of SpyCo novella’s as well, because every time Craig A, Hart and I publish three books in the series we also release a three-book anthology, and the publication of Assignment: Dublin marked the sixth Assignment.

So with great pride and much mystical “3” celebrating I’m happy to announce: 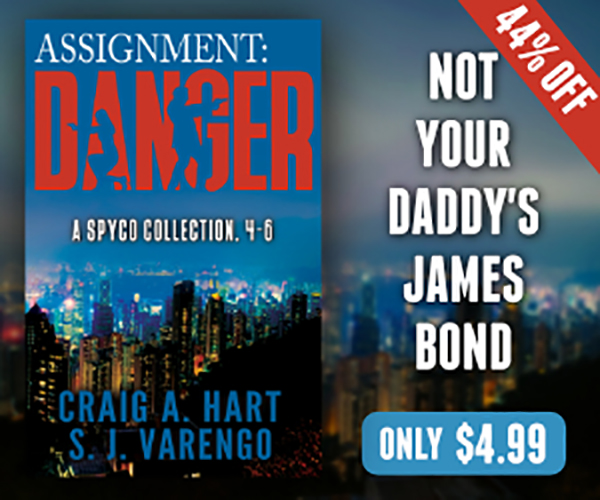 Assignment: Danger contains the SpyCo adventures set in Sydney, Alaska, and Dublin. These are three important titles in the series, each providing non-stop thrills and action, and collectively propelling the SpyCo saga forward.

All three books are yours for the low price of $4.99, which is also a mystical number, as you will ask yourself the mystical question “Can I really handle this much excitement for less than five bucks? It’s just mystical!” Or something similar.

And if, for some mystical reason you haven’t read the first three installments, collected together in Assignment: Adventure now would be a very good time to do so as that particular collection is currently being offered for FREE on Amazon. And free is a level of mysticism we can all agree upon.

So I guess the most mystical question of all is: “Why haven’t you gotten these books yet?” GO!