I’ve probably mentioned it in passing, (I’ve actually whined about it repeatedly), but I hate editing. I get that, especially for the impoverished indie writer, it’s a necessary evil, part of the gig, just another bump in the road, [add your cliché here]. I get it.

Me, last night. That’s hemlock in the cup.

But it still sucks. Last night, while I was honoring my commitment to perfect three chapters per day, I realized that I had stumbled across a major error regarding the age of a wizard.

You see, wizard-kind on the planet Quadar are a long-lived bunch. They aren’t really even considered to be grownups until they’re over 100. Well this one fellow, who is a fairly important figure in the second book, is said in Chapter 9 to be in the neighborhood of 500-years-old, but much later in the book a conversation implies that he has to be far older, (nearly 1000). Again, him being that old is not a problem. Parnasus, the First-Elder of the wizard race, is well over that mark, AND his mom is still alive, so being 1000 is fine. I just have to correct the first mention of his age. No biggie.

But in a way it is, because it’s that sort of glaring mistake that is one of the things about editing that gives me hives. Am I really that senile?

Granted, remembering what happened on page 150 of a 650 page book is not always easy, especially during the first draft’s creation. But I’ve reworked this entire book five times now, and this is the first time I’ve noticed that the guy is both 500 and 1000. A pretty good trick, if you can pull it off. 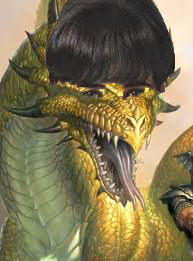 Tressida would have looked good as a Moptop!

It begs the question: what other trauma awaits? Did I forget my main character’s name half-way through the book, and instead of Cerah, did I start calling her Miley? Do I describe Slurr as wearing a pair of Kanye’s shoes? Did I forget Cerah’s home continent was called Illyria, and start saying she was from Asbury Park, New Jersey? Did I accidentally copy the entire text of “The Snows of Kilimanjaro” into chapter 20? Did I imply that the golden queen dragon, Tressida, was in fact one of the original Beatles?

There’s no telling what sort of madness I’m capable of!

The good news, if that term can be used it all in a blog entry about editing, is that I have kept my three-chapters-a-day promise to myself, and am now 1/3 of the way finished. Also, the cover design is just about done, barring any back cover blurb changes, or if I am offered a free photo shoot from Annie Leibovitz, and suddenly have a new picture to slot in. (Annie, if you’re reading this, CALL ME!) So there is progress. But 1/3 finished is a long way from all the way finished. I know intellectually that there is light at the end of the tunnel, but I can’t really see it yet, and this tunnel is dark, and something just ran across my foot, and it smells like hobo urine in here.

Additional Thanks To Craig Hart 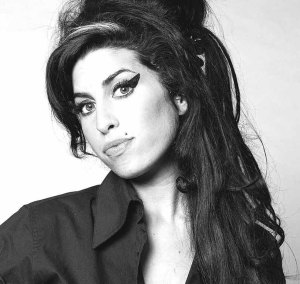 Maybe if Craig looked like this we could have gotten some real numbers!

It seems like I’m always thanking this guy for something, and today I must do so again. Craig included a link in his newsletter to the fun little interview we did a while back. Within hours that post had well over a hundred views, and in the days since it’s approached two hundred. That’s more than anything I’ve ever written except for the Things To Laugh About post where I made a joke about Amy Winehouse and Linsday Lohan having a “who dies first” competition, which got (honest to God) over 30,000 views when Amy died exactly 20 days later. So I suppose I should really be thanking her. And, no, Craig, I’m not asking you to die so that our interview can go viral. I could never ask something like that. I mean… no! I just couldn’t!