I was pretty active on Facebook and Twitter during last year’s presidential campaign. My politics, I must state at the outset, run fairly liberal. Which, last I checked, was allowed under the tenants of our nation’s founding principles. 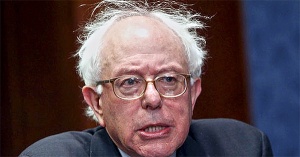 So when things started heating up, I felt I needed to speak to all the madness I was seeing. And when the Democratic Primary was held in New York State, I went out and voted for Bernie Sanders. So did a lot of other people, and in retrospect, as insanely progressive as Bernie is, he may have been the more viable candidate.

I was very disturbed by what I saw happening among the Republican candidates. Their debates, it seemed to me, were more like bad reality TV than political discourse. 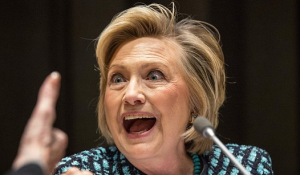 The Democrats managed a little more decorum, but, frankly, they weren’t saying much either. Except for Bernie, who no one listened to.

So we ended up with Hillary and Donald. Le sigh.

The thing about the election that bothered me, as a Democrat, was that my party was ambivalent of HRC, at best, and not fully behind her. The same certainly could not be said for the other candidate. In spite of what I say as glaring faults which should have disqualified him from any public office, let alone “the highest in the land,” (I put it in quotes because we’ve had a spate of presidents during my lifetime who certainly did not elevate the office to it’s highest level). But his supporters just loved him. I heard quotes like these: 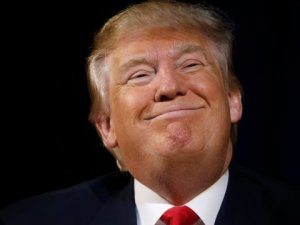 Even since the election, their devotion to him hasn’t wavered. The Trump faithful are just that: faithful. Granted polls show his approval rating was most recently 39%, with a low of 36% a few days before, but don’t tell his supporters that.

But enough about him.

The point of this entry is that I don’t write about that stuff anymore. And here’s why:

As I’ve gotten older I’ve found that high among my life’s greatest treasures are the relationships I have forged over the years. I know all sorts of people from all walks of life. Some I’ve known for forty years or more, some have come into my life only recently. Some share my concerns about the president. But some feel that he is, truly, just what America (and, I suppose, the world) needed at this point in history. And some, (and I envy these folks sometimes) don’t give a crap either way.

The folks who have lined up on one side of the issue or the other are sometimes very passionate about it, and anything anyone has to say that conflicts with their worldview either sends them into a frenzy or is simply ignored. Neither side is convincing the other of anything, except maybe that the other side is crazy.

So if I’m not going to convince anyone of the opposing view to see things differently, then why would I want to risk losing friends who matter to me very much? These people aren’t running around punching babies, they just support a guy who might someday punch a baby. I don’t know if he will, but I wouldn’t put it past him. 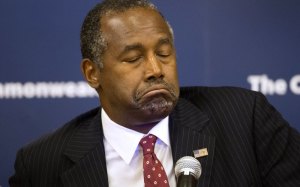 Don’t Even Get Me Started

What brought this to a head for me was when I actually did lose a friend after posting something about a certain Secretary of Housing and Urban Development, who I may have suggested was clinically insane. Not naming any names, but let’s just say he’s the only Ben that worries me more than Ben Affleck.

It was a guy I knew in high school, and though we weren’t super-close, I remember him fondly as a genuinely good guy. Apparently he knows said secretary personally and holds great fondness for him. He asked me why I thought Mr. Secretary was deranged. I guess he was okay with being told that slaves were eager immigrants, and the homeless were happy and adventurous outdoorsmen. My insinuations, ok, my outright declaration, that this fellow was nuts, was so offensive to him that he accused me of “exposing myself as the party of hate.” I had no problem with him accusing my of exposing myself, but not as “the party of hate.” (Again, I digress.)

And after leaving the angry comment, he deleted me.

Now, I want to make it clear that I am not criticizing either group for standing up for their beliefs. I am proud of my Republican friends for their passion, just as I am proud of my Democrat friends for their resistance to what they see as a dangerous, slippery slope that we are on. And while I agree with the latter, I’ve decided that as far as Facebook, which is where what I say is most widely viewed, I’m keeping my mouth shut.

My friends mean more to me than my opinions.

I don’t feel I’m being hypocritical by saying the things I’ve said in this post, after just saying I’m not going to write about politics, as you are going to have to actively come to my site to read this, it’s not going to be thrust upon you in the form of a FB post, (though the WordPress version will send a link to FB, but that’s not the same thing).

So to summarize, I still have very strong beliefs about what’s happening in my country. I’m just not going to tell you about them on Facebook anymore. I won’t call out people who do and I won’t comment on their posts, (though I may still click a “like” or two). I will resist in appropriate channels (I have congress people who represent me and who will hear my opinions directly, for example), but I will not denigrate anyone for their opinions.

I want to expose myself as the “party of love.”

2 thoughts on “Why I Quit Writing (About Politics)”