Alright. I realize I have a links page, and on that page I have a section dedicated to other authors. But as these authors are also my friends, I want to give them a little more pagetime (a word I just invented).

These guys are all amazing authors, and they work like crazy not only writing but promoting their writing. And they all live in Iowa. Weird, I know, but there you have it.

Gotta start with my buddy Craig. The following is a true story:

Craig and I met on Twitter. Seriously. Who knew that was a thing? He was live tweeting some insane story based on the Schwarzenegger nanny scandal, and I started cracking-wise. He began to incorporate my insanity into his, and now, three years later, he is telling people on Facebook that he and I are the same person. This is not, technically, true.

Craig has – excuse the technical term – a boatload of writing credits and I’d like to feature three: 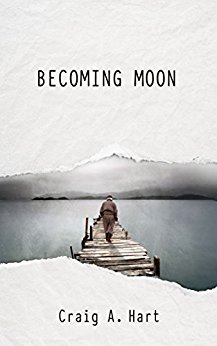 Craig’s first novel, Becoming Moon, has been called “a modern classic.” “dark and clever,” and “a book.” (Last one is mine).

It’s a story about a writer, and it’s a fascinating look into the life of a gifted, but flawed individual. The main character, brilliantly, is never given a name, and the final twist reveals why. 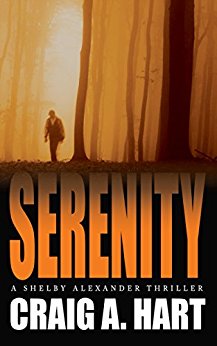 With the publication of Serenity, Craig moved into new ground: the recurring character series. The protagonist, Shelby Alexander, is a guy to whom I can relate. He’s getting on in years, but he can still kick butt when butt-kicking is called for. He also has a girlfriend who is way younger than him, so – hollah!

The first book in the series finds Shelby knee-deep in drugs, murder, and a criminal family which includes a character named Scott. (Craig revealed that he may or may not have had me in mind when he named him, so be impressed.) Unfortunately, Scott is in prison throughout the entire story, which is really the book’s only flaw. 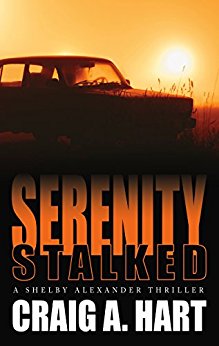 In the second volume, Craig takes a bit of a chance, in my opinion, by introducing a serial killer into the mix. Why is this chancy, you ask? I will tell you.

There are all kinds of serial killers. Fat ones, skinny one, killers who climb on rocks… oh wait. Those are the kinds of kids who eat Armour Hotdogs.

But seriously, it’s difficult to get into the mind of a serial killer, because, as “rational” people, we don’t think the same way. It’s easy to fall into stereotypical, almost cartoonish depictions of the broken-minded.

But Craig does not do that. He presents us with a wonderfully complex, albeit severely twisted, individual with deep-seated issues that propel him through a world in which he does not belong.

Now, obviously, I recommend that you purchase all of these, but I’m going to share a little secret. If you have a Kindle or a Kindle app for your phone or computer, you can go to Amazon and get Serenity for free. Craig is giving it away! (Did I mention he is crazy?) It’s affordable on any budget, people! So if you do nothing else, get this and see if everything I’ve said about this guy isn’t true. Even the part about him wearing women’s clothing.